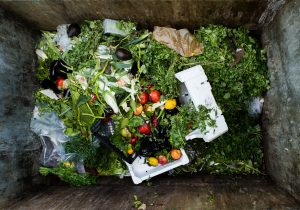 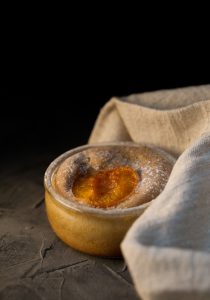 Walking through the city, everywhere we look, we are surrounded by pictures representing food. We see them in front of restaurants and bars, passing by shops and supermarkets, and we can eat what we want when we want. All these wonderful food pictures we see around completely disguise the reality behind the food they are displaying: the industrialized food production system is trash. That system, and the food it produces, is terribly exploitative towards people, animals, water and land, and at the same time very unhealthy for everybody consuming it. 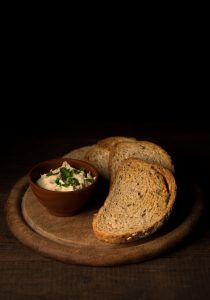 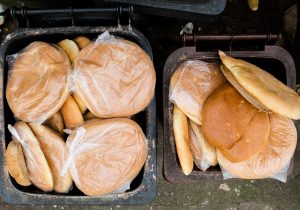 Those same pictures are also part of the construct that makes us perceive food as a commodity, pushing us almost automatically to enter supermarkets, and, surrounded by tons of products in attractive packages, grab things that we probably don’t need, or worse, that we won’t eat. Perceiving food just as a good to be bought and consumed makes us waste a lot. However, individual behavior is only the tip of the iceberg. Throughout the whole industrial food production system, from farms to fridges, food is trashed. One-third of all the food produced in the world – approximately 1.3 billion tonnes – is lost or wasted every year. 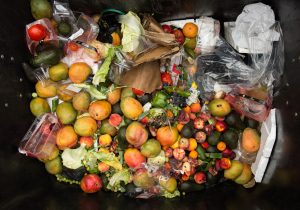 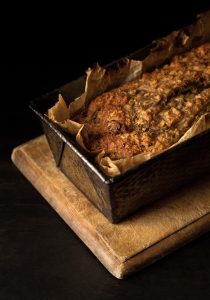 Food waste is one of the many symptoms of the sick capitalist system we are forced to live in, that tries to maximize as much as possible the profit to be made out of food, instead of seeing it as a biological need of every human. And therefore, as long as we consider food a product for profit and not a human right, we will never solve the problem of food waste. 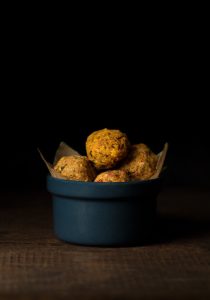 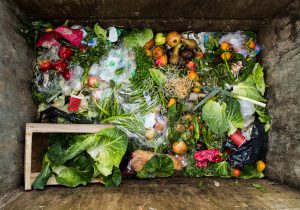 Once upon a time the food was a precious good, it was conviviality, nourishment, socialization.
What is eating today and what do we eat? 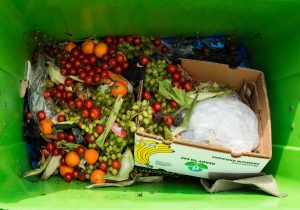 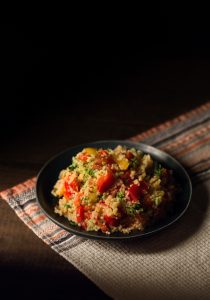 With this project, showing the delicious dishes we cook every week and the full trash-bins where we got the food from, we want to revert this process and shows what happens to all the variety of products that the system offers us, too many, that we don’t buy and what can you do with it. This is the food that society defines as junk. 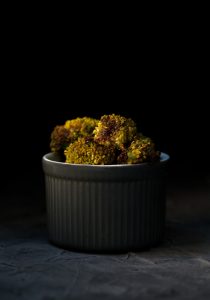 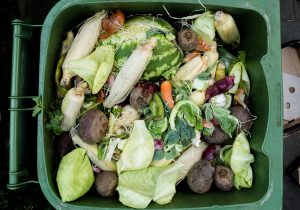 These pictures expose this contradiction and point out what we think should really be trashed: the capitalist system and its wildest dynamics. 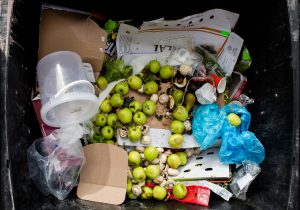 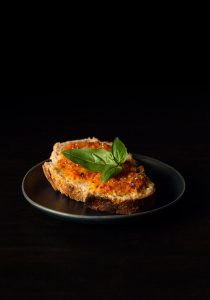 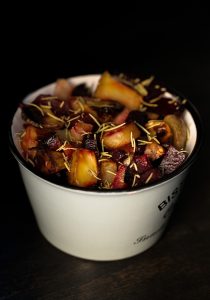 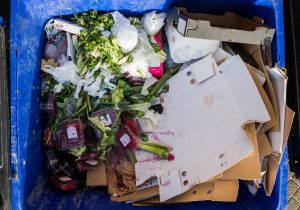