“In this exact moment, as we write, we might say that ‘the Barricade collective is writing a book’, using a verb in its singular form, even if this book is being written by several people at the same time, even if some people only wrote a few sentences and others contributed more extensively, even if the pad we are using to write down the texts seems a random harlequin costume. These countless diverse bits come together constituting a piece of writing that mirrors the process in which we, different subjectivities, decided to engage collectively to push forth change. The ideas and concepts expressed in the book may have been written by different people, but were shaped by the weekly confrontations and exchanges people had with each other. The result is a properly collective book.”

The Barricade ABC is our attempt at putting together many moments and reflections on these years of activity in all the letters of the alphabet.

The idea of writing this book started with the pictures. We were all very excited about the picture project and were thinking about what to write. We felt that adding some text, to not reduce The Barricade and everything we do to fighting foodwaste, was needed. But soon we realized that writing something a bit more in depth than a small introduction was not so easy.

The Barricade is not only a people’s kitchen, but also not only a library or a place to organize events. The Barricade is an autonomous collective that tries to anticipate the society the people involved would like to live in, by creating a space that is different, that refuses and fights the current hegemonic system, from the way we prepare and eat food to the way we learn from each other and interact with knowledge.

We decided to write an ABC of the Barricade, selecting together a word for each letter and trying to cover the many topics and different levels we feel are important to talk about. And starting from many words, just like every week we start from many different vegetables, we collectively created this book, just like every week we create the dinner. 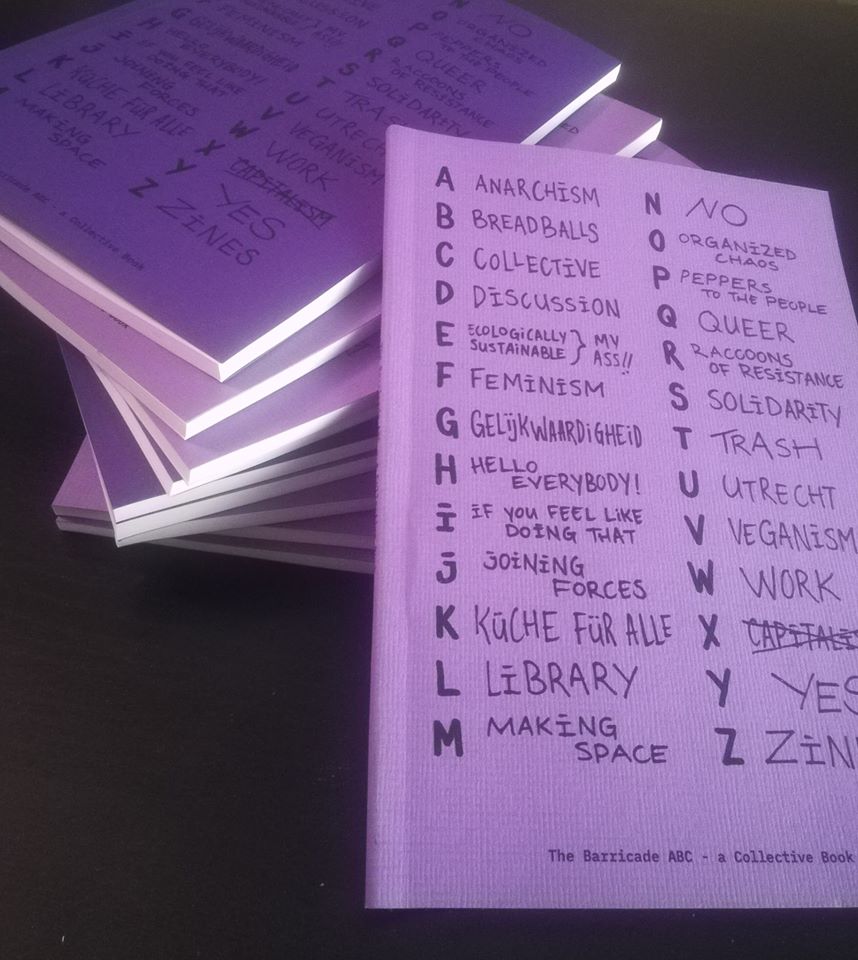